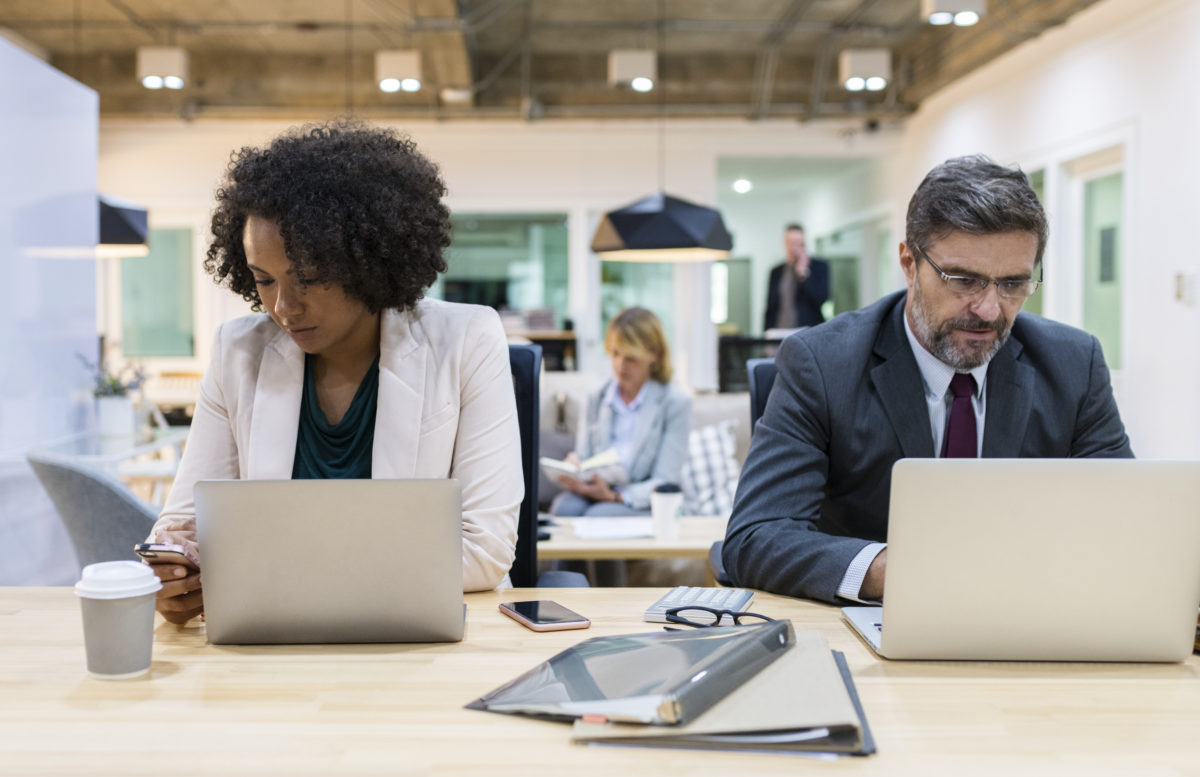 How to know if you’re experiencing workplace discrimination

In 2017, the Canadian Human Rights Commission received 1,083 discrimination complaints. But of those 1,083 complaints, 156 were dismissed. Why is that?

Most people have experienced some sort of interpersonal adversity in the workplace, which can come in the form of being bullied, or feeling excluded, or just not “clicking” with your manager or coworkers. As a result, it’s not uncommon for an individual to feel like they are being discriminated against. But sometimes, they technically haven’t been. And sometimes they have been discriminated against but the case they’ve presented doesn’t uphold the requirements to formally be considered an act of discrimination.

So, what constitutes discrimination?

But according to the Canadian Human Rights Tribunal, if a complainant issues a human rights case, they must provide enough proof to establish a “prima facie” case (one where the allegations are complete and sufficient enough to justify a verdict). To demonstrate prima facie discrimination, a complainant is required to show:

The Tribunal also recognizes the difficulty in proving allegations of discrimination with direct evidence, and states that all of the circumstances must be considered to determine—at minimum—the “subtle scent of discrimination.”

Take the case of one British Columbia woman. An Indo-Canadian, she worked in a BC warehouse as a forklift driver. She was part of a union that set her up with job opportunities with the different shipping companies who operated at the docks. One day, on her way to work, she experienced a car accident, suffered a serious back injury, and ended up going off work for almost three years as a result.

Eventually, when she was ready to return to work, she asked to be retrained for a new job that was better suited to her physical capabilities. Her union set her up with an opportunity to be trained for a new role with a group of other employees. After finding that she was not as experienced and quick to learn as the other trainees, the employer thought it would be best to pull her out of this particular training and set her up with a new group who was at the same level as her.

Because of this, and a number of difficult emails and conversations in the process, she felt that she was being discriminated against and filed a complaint with the Canadian Human Rights Commission. In her complaint, the employee claimed discrimination on the basis of race, ethnic origin, religion, sex, marital status, and disability. She later claimed that she experienced differential treatment, death threats, physical assault, mobbing, and psychological terrorism, among other allegations.

Would her case hold up in a legal proceeding?

What is required for a successful discrimination case?

As with any civil case, the court must be able to establish on a balance of probabilities that this complainant had been discriminated against. The tribunal member hearing this case was satisfied that this complainant had indeed suffered an adverse impact in regard to her employment, but was it due to discrimination? It is important to note at this stage that each instance of alleged harassment and/or discrimination is unique and should be assessed on a case-by-case basis.

According to the tribunal member’s report for this case, the complainant was not able to establish that her race, national or ethnic origin, sex, and/or disability were a factor in her being pulled from training. Evidence showed that there had indeed been animosity between the complainant and her colleagues but that there is no indication that it was based on the characteristics protected under the CHRA (i.e. her race, ethnic origin, sex, or disability). The evidence suggests that the union was working with the complainant to find suitable work for her needs and that the adverse impact to her employment she suffered was not due to discrimination.

In regard to her allegations of harassment, the tribunal member states that harassment is a serious word—and often difficult to define. He says, “What offends one person may not offend the next person at all.” He goes on to explain that harassment is “any words or conduct that is unwelcome or ought to be known to be unwelcome … that usually denotes repetitious or persistant acts, although a single serious event can be sufficient to constitute harassment.”

In this case, despite her manager admitting to once cursing at her, the complainant was not able to establish that her manager was persistently and pervasively harassing her, and most importantly, how her race, sex, or disability was a factor in these incidents.

Ultimately, her case was dismissed.

This complainant’s case was dismissed due to lack of supporting evidence. Let’s go back and recap what was required for her to have seen a successful outcome for her complaint.

The Canadian Human Rights Tribunal states that each claim must be investigated on a case-by-case basis and all of the circumstances must be considered in their totality to determine whether there is a “subtle scent of discrimination.” In addition, in order for a discrimination case to be successful, the complainant must be able to prove that:

And when it comes to harassment? The unwelcome actions need to be considered “repetitious and pervasive” to hold up in court. If a person is cursed at or called a derogatory name one time, that may not necessarily be enough to constitute discrimination or harassment.

That means the complainant in the case study was unable to prove that her race, disability, or sex was the reason she was pulled from training and prevented from working. And though her manager did admit to cursing at her, she did not have enough evidence to show that his “harassing” behaviour was repetitious or persistent. Unfortunately, this complainant lacked the evidence to support a successful case of workplace discrimination.

If you think you may be experiencing discrimination or harassment, be sure to keep detailed notes of any discriminatory incident and maintain a record of conversations (like saving emails and text messages) to use as evidence. Most importantly, report this incident to a trusted colleague, union representative, or employment lawyer.

Disclaimer:  This blog and website is made available by SKM Forensics for educational purposes only as well as to give the reader some general information and a general understanding of the topics discussed. SKM Forensics is not a law firm nor do we employee lawyers.  By using this blog site you understand that the information provided does not constitute legal advice. Should you be a victim of a crime we strongly urge you to seek accredited legal counsel and contact your local police service. Please note that the material in this blog is directed at readers in Canada so if you reside in any other country we would urge you to consult authorities from you local jurisdiction.